The 2019-2020 PCC Full Depth Patching Construction Project consists of constructing Portland Cement (P.C.) concrete curb and gutter, full depth patching, driveways, sidewalks, and handicap ramps at streets on the schedule below. All streets are within the corporate city limits of Muscatine, Iowa. Work will begin on July 15, 2019, and must be completed by May 1, 2020. 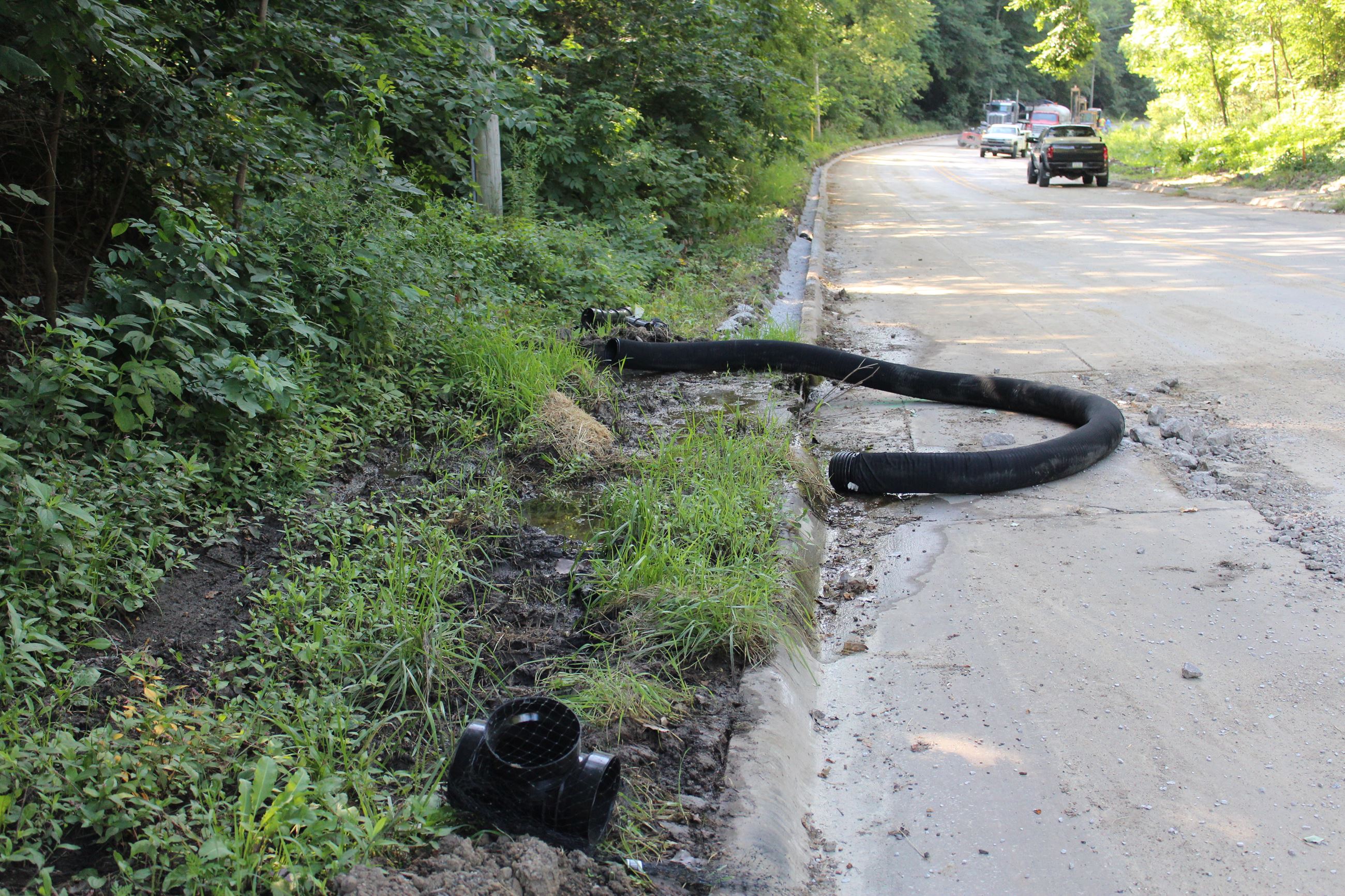 Repairs to the section of North Houser Street from Lucas Street to Hershey Avenue began on Monday, July 15, when this section closed to traffic. This section will remain closed until the repair work is completed. Residents who normally use this section of North Houser Street are advised to use the Highway 61 bypass. Residents are also reminded that Fletcher Avenue remains closed to traffic from Hershey Avenue to the top of the hill.

Saw cutting of the areas marked for repair on North Houser Street is nearly complete with the prime contractor, Heuer Construction, anticipating pouring the concrete patches in the south bound lane starting Monday, August 5, 2019, weather permitting. Tiling on the east side of the street is nearly complete and will be followed by pouring the concrete patches in the north bound lane.

City project managers are optimistic that this section of North Houser Street will be reopened prior to the start of the new school year.

Heuer Construction, Inc., was awarded the 2019 Full Depth Patch Construction Project contract at the July 3, 2019, City Council meeting. The $919,875 project began July 15, 2019, with repairs to North Houser Street from Lucas Street to Hershey Avenue. The second section for repair on the tentative schedule is South Houser Street from Musser Street to Grandview Avenue followed by Lake Park Boulevard from 2nd Avenue to Park Avenue, and University Drive from Highway 61 to Highway 22. If time and the budge permits, work on Fulliam Avenue from Kindler to Devitt and from Houser to Green Acres will be accomplished under this contact.