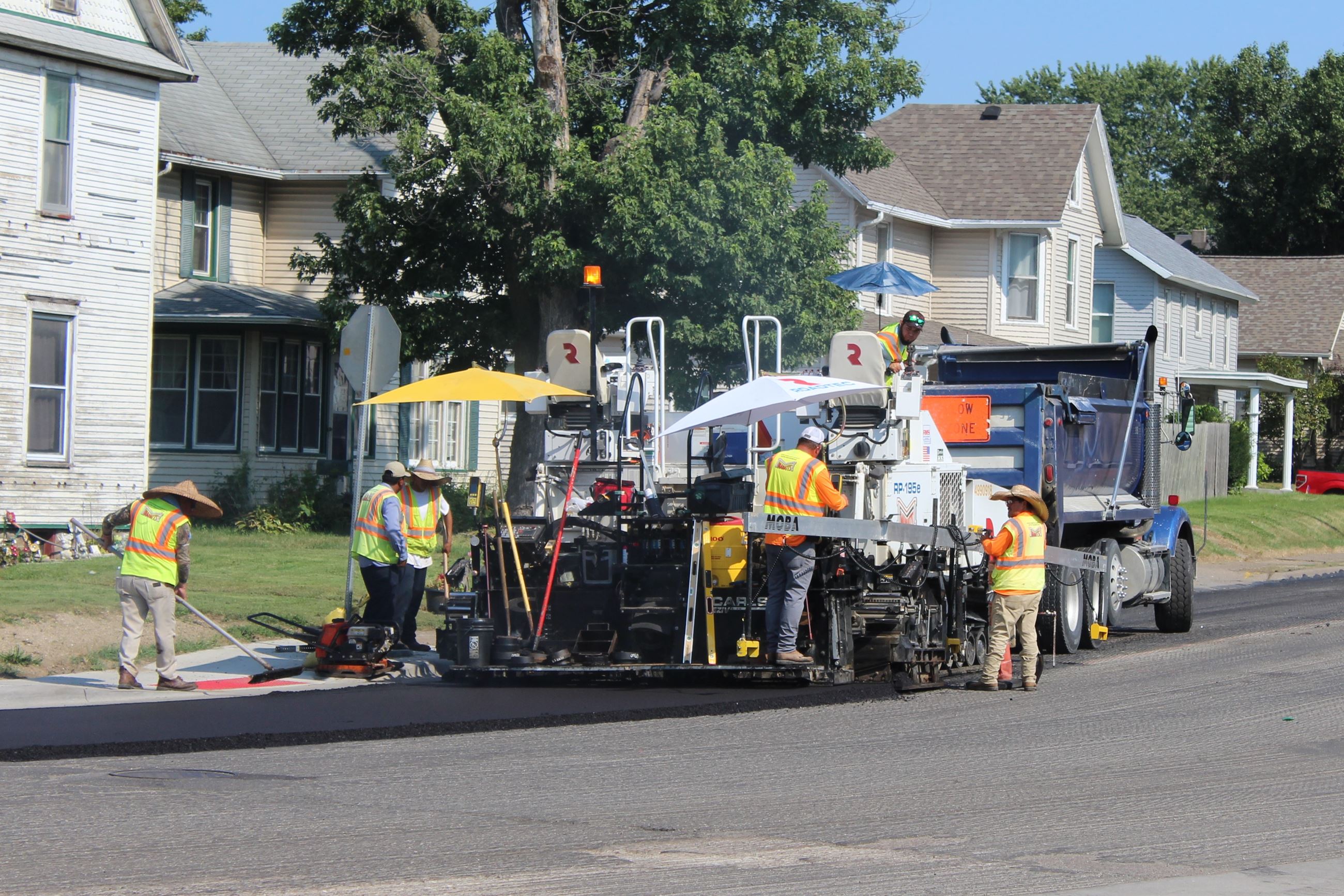 Paving has been completed but there is still plenty of work remaining before the Park Avenue 4-to-3 Lane Conversion Project is completed later this fall.

Once the box outs have been completed, the paint strippers will return to replace the temporary stripping with more permanent stripping. The final step will be to bring the traffic control signals back on line.

Drivers are reminded to slow down and use caution when travelling through the construction zone, obey traffic control devices, and be aware of workers. Use an alternate route if possible.

The improvements included in the Park Avenue 4-to-3 Lane Conversion Project will focus specifically on safety, including traffic lane reconfiguration that would change the road from four lanes (two operating in each direction) to three lanes (one lane in each direction and a center two-way, left turn lane) from Harrison Street to the Iowa 92 bridge. The project will also allow for 74 new sidewalk ramps that would be compliant with Americans with Disabilities Act (ADA) guidelines, full depth patching of the roadway, and an asphalt overlay.

Iowa DOT - About 4 to 3 Lane Conversions

Learn about 4- to 3-lane conversions

This video is used with permission from the Iowa DOT

Research suggests significant safety benefits can be achieved through four-lane to three-lane conversion projects, including reduced crashes. Pictured below are common crashes that occur on four-lane, two-way traffic roads.