The block may be opened to traffic once the pavement has cured in the 300 block of East 2nd Street, but only for one way traffic and only at the discretion of the contractor. Tentative plans call for one lane to be kept closed as the contractor removes and replaces the sidewalk on each side of the street.

This stage of the project is tentatively planned to be completed by July 4, weather permitting.

Once this stage has been completed, the contractor anticipates beginning work on the 200 block of East 2nd Street, which includes replacing the sidewalks on each side of the street and the pavement in the intersection with Sycamore Street.

Scope of the Project

Work will be completed over a two-year period. Bids were opened on January 16, 2020, with the contract to be awarded by the Muscatine City Council at its February 6, 2020, regular meeting.

Several programs are being offered by the Department of Community Development for property improvements that may be used by building owners and/or business owners in conjunction with or in addition to the Streetscape Project. 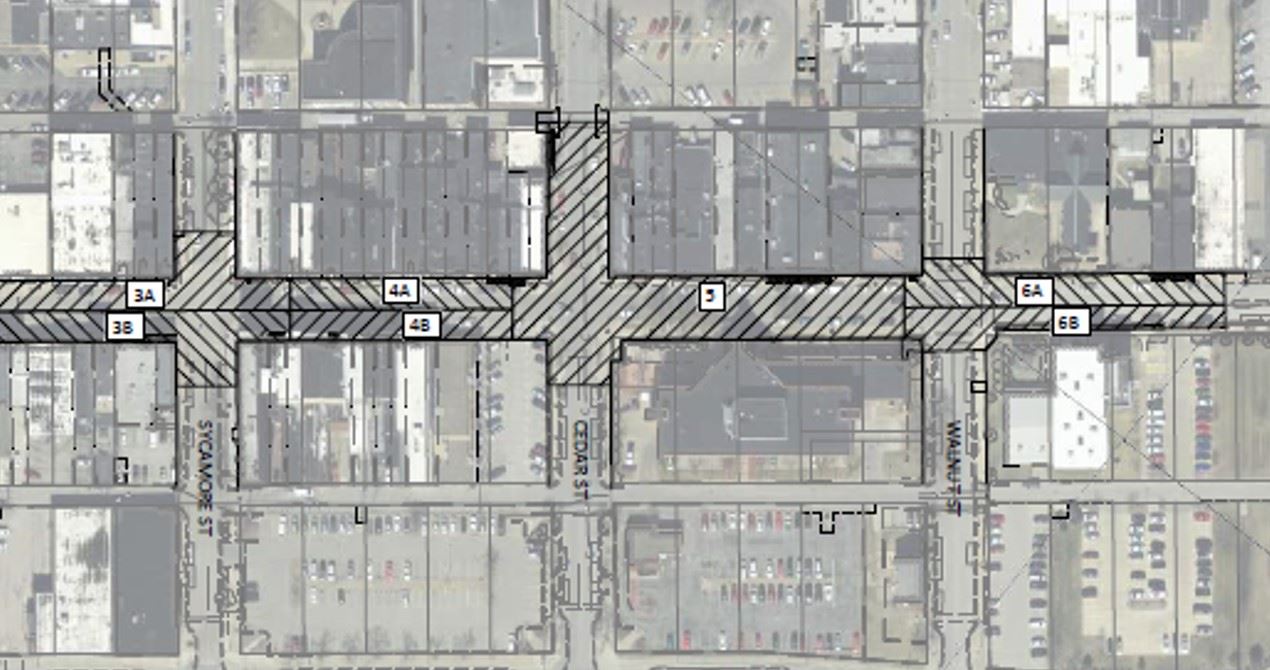