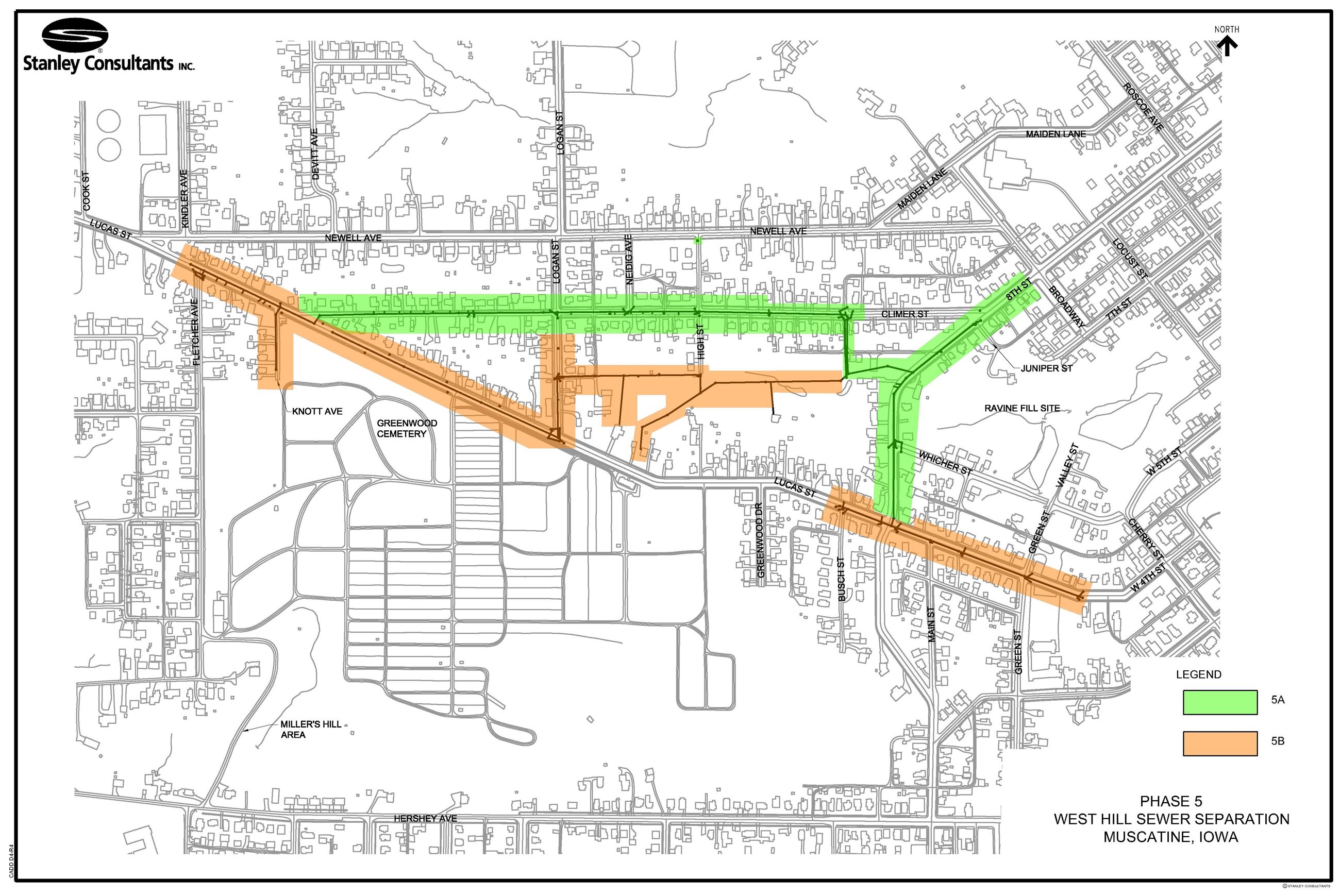 The City of Muscatine hosted a public meeting on Phase V of the West Hill Area Sanitary and Storm Sewer Separation Project (WHSSP) Wednesday (April 21) with several residents from the area of the 2021 construction in attendance in person and online.

The main focus of the meeting was to introduce the contractor, present a brief overview and a tentative schedule of the project, and answer questions from residents who live in the area affected by the construction.

Hagerty Earthworks, Inc., was awarded the $6.03 million contract for Phase V of the WHSSP during the April 1 City Council meeting. This phase includes replacing sewers on West 8th Street from Broadway to Lucas, on Climer Street from West 8th Street to Lucas, Logan Street from Lucas to Climer, Lucas Street from 912 Lucas to Fletcher Avenue, and through the ravine between Climer and Lucas.

The first year of the two-year project will focus on West 8th Street and Climer Street.

The tentative schedule indicates that work on West 8th Street will begin on May 24 and be completed by July 30. The rest of the construction season will include work on Climer from West 8th to Lucas.

Most of the questions Wednesday night came from residents on Climer Street who were concerned about access to their homes during the project, and how much of the sidewalk would be replaced. City officials and the contractor indicated that work on Climer would not start until July 30 or after, and that they would be in contact with homeowners as the work progresses.

An access road will be added to the boulevard on certain sections of Climer Street for residents who do not have alley access. Accommodations are also available for those with special needs by contacting Public Works at 563-263-8933.

Phase 5 of the West Hill Sanitary and Storm Sewer Separation Project will be replacing the remainder of 8th Street along with a portion of Lucas Street during the 2021-2023 construction seasons. During this time, the City of Muscatine plans to correct some street intersection geometry. Below are renderings of some of the proposed changes that will occur during Phase 5. 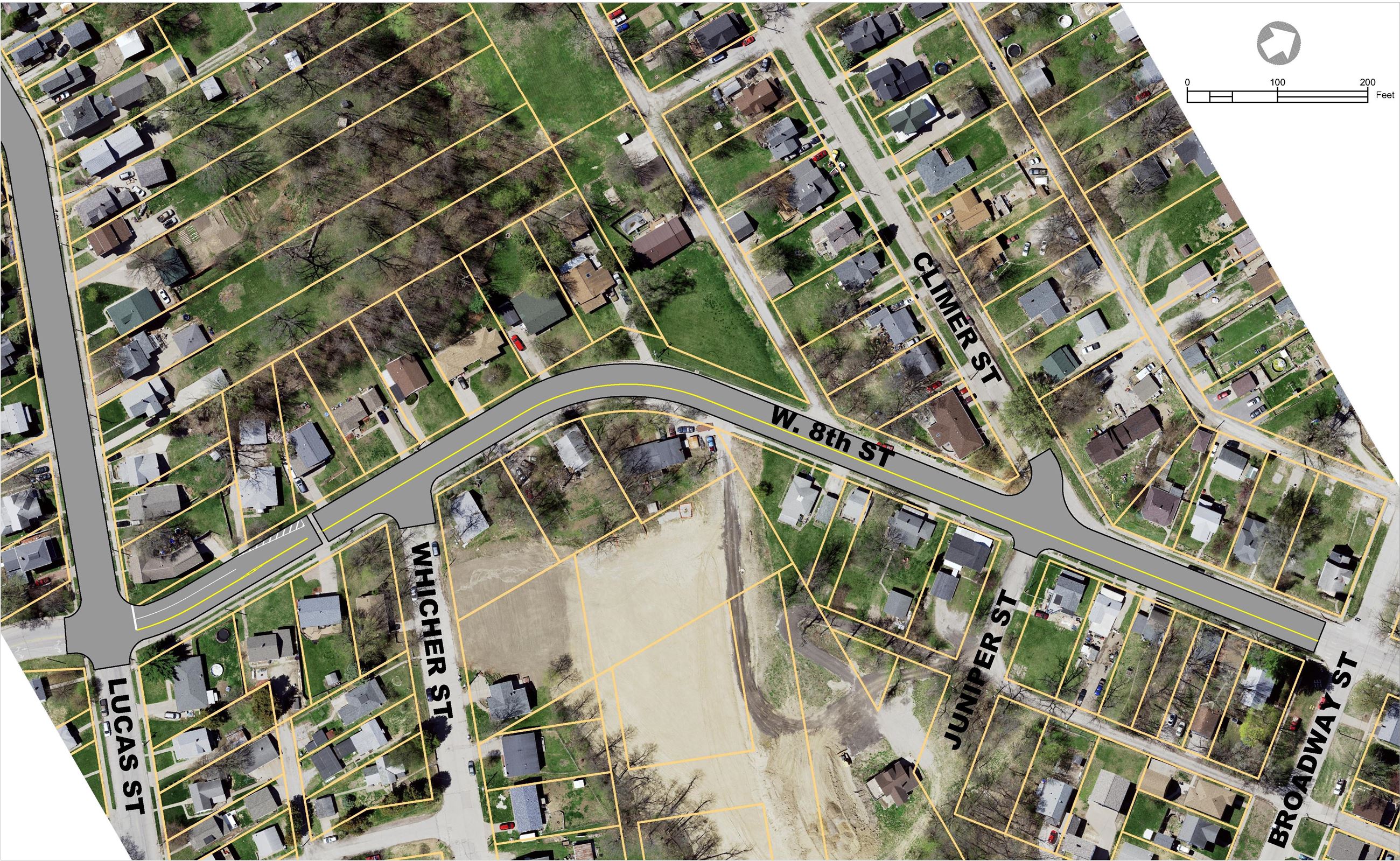 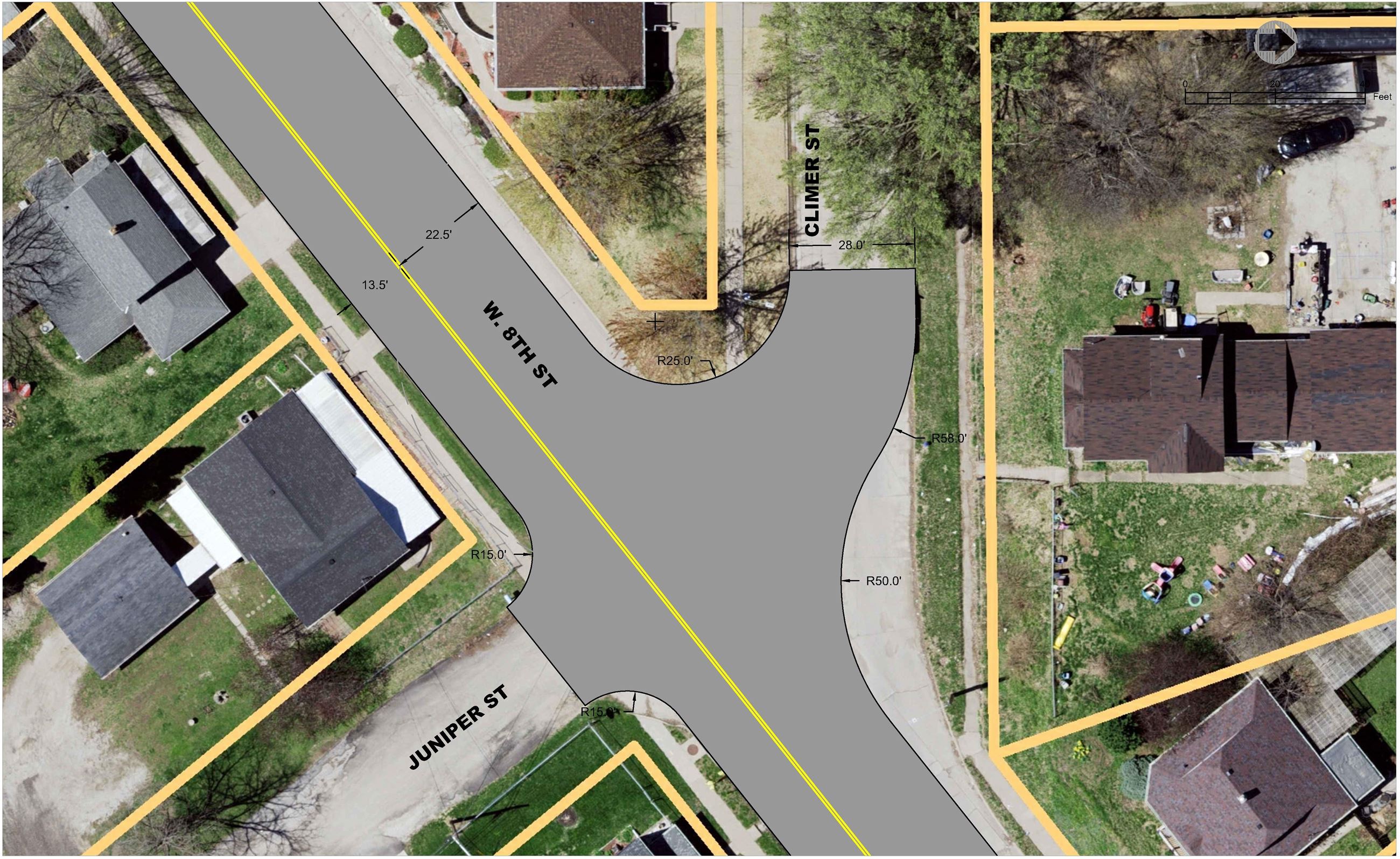 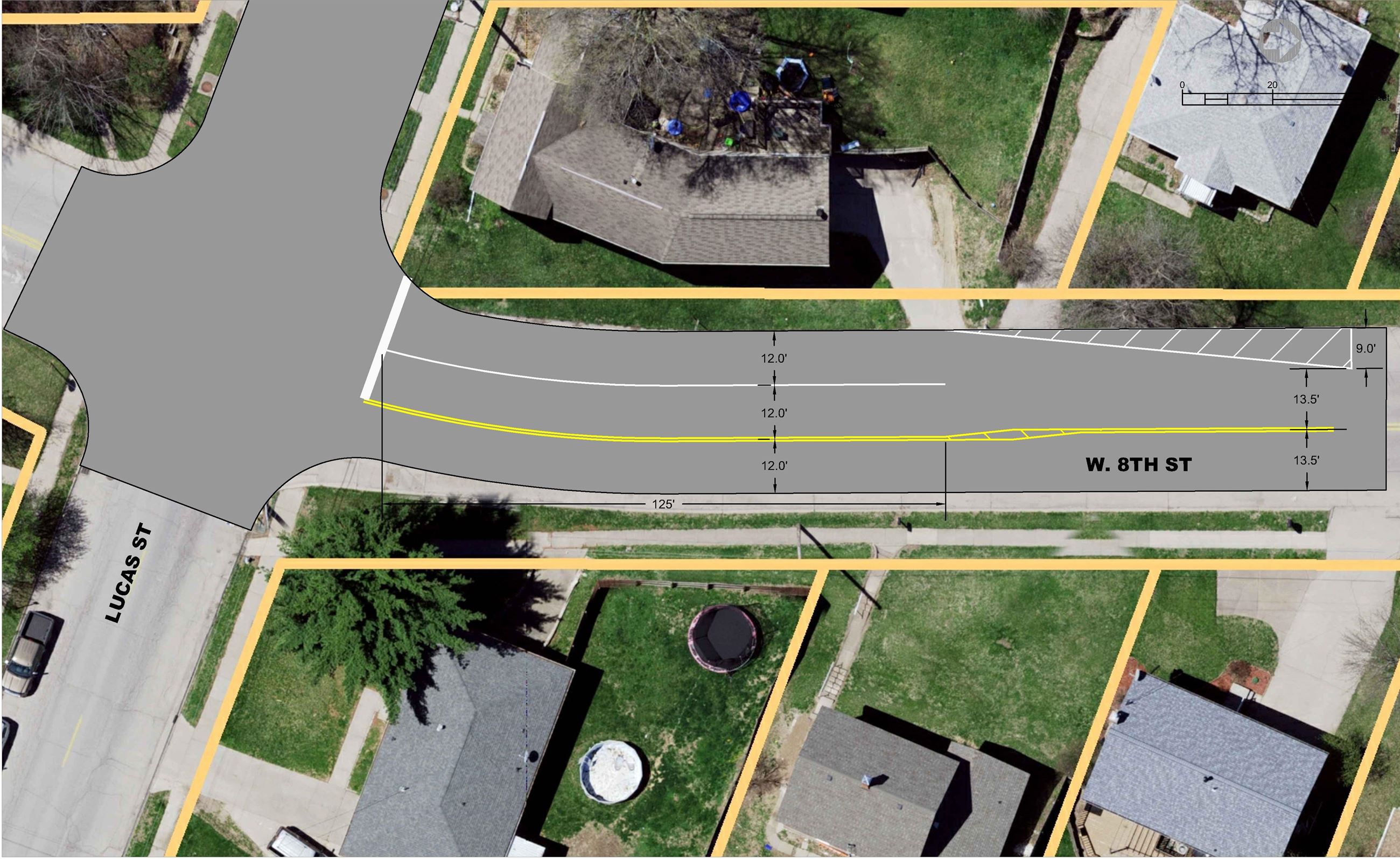 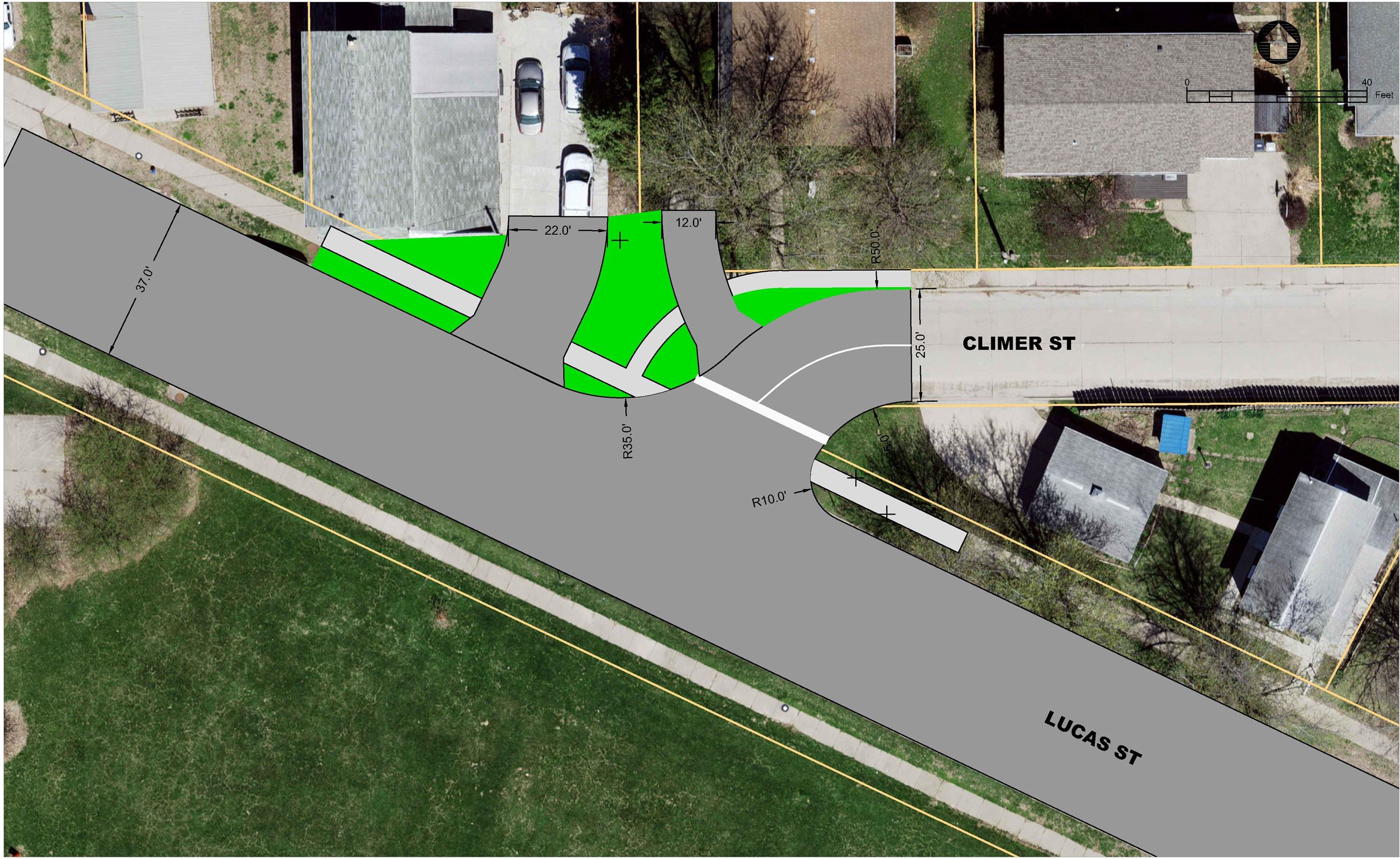