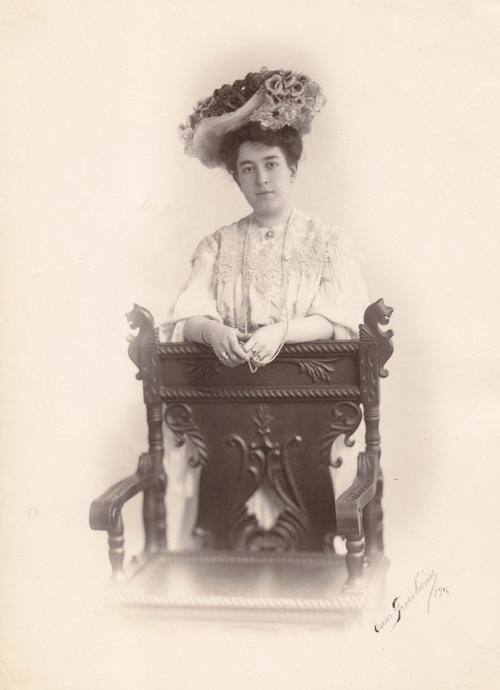 Laura Musser and her husband Edwin McColm moved into the newly built mansion in 1908. The couple had been married for five years and Laura’s father, Peter Musser, had the home constructed for the newlyweds. Edwin McColm was president and owner of McColm and Company, Muscatine’s leading dry good store. Laura was active in her husband’s business, keeping the account books and often traveling with her husband on his buying trips to Chicago. She also trained as vocal performer and gave frequent concerts.

Laura Musser was the youngest child of Peter and Tamson Musser. Born in 1877, she was described in her wedding announcement to Edwin McColm as having “grown up unspoiled and unselfish”.  In 1870, Laura’s father Peter joined with his brothers Richard and John, his nephew Peter Miller Musser, and C. R. Fox to form Musser & Co. The mill was in constant operation from 1871 until its closing in 1905. The Mississippi River Logging Co. was established in 1871 by Frederick Weyerhaeuser with Musser & Co. as an incorporator and large stockholder. In 1872, Peter became an official of the Mississippi River Logging Co. In 1881, Musser & Co. was incorporated under the name Musser Lumber Co. with Peter as president. Over the next several years, Peter invested in and managed many lumber companies and banks.