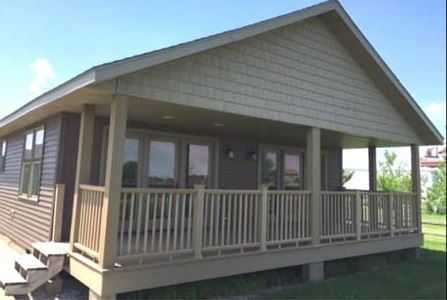 The fourth component of the Pearls of Progress project will be the building of four rentable cabins in Deep Lakes Park. These would be the first rentable cabins in Muscatine County and a major step in the ongoing development of Deep Lakes Park. The $1.0 million project would build four cabins on Lake Ivy inside the park off of the Pettibone Avenue entrance and next to the Kent Stein Park to Deep Lakes Park trail that is currently being constructed. The cabins would sleep six to eight people, be open year round, and have all the modern amenities needed.